David Chase is a 14 year old from Onalaska who started experiencing fatigue & memory loss at the beginning of his freshman year of high school at Onalaska Luther.

After getting Covid last october, David’s symptoms became more severe. Doctors began testing David to see if there was any other underlying issues, but all his bloodwork came back normal.

His memory loss and brain fog got much worse recently, and David was rushed to the hospital more testing, including an MRI that revealed he had a tennis-ball sized tumor on the left side of his brain.

The following morning, David & his family went to see a neuro surgery team at the UW Madison Children’s hospital.

After further testing, doctors decided to perform surgery to remove as much of the tumor as possible. David will require at least a week in the ICU to begin his recovery from the brain surgery, and will then move to another recovery room for a minimum of four weeks, where he’ll begin his rehab & physical therapy.

David may also require chemo/radiation treatment. He will certainly have a long road to recovery.

David’s family & friends have set up a GoFundMe account to help pay for the family’s rising medical costs & travel expenses. 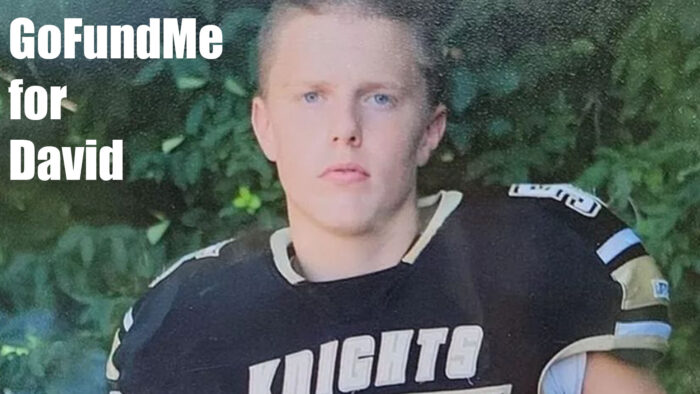