This year, the folks over at Between the Bluffs decided to throw together a little winter shindig for us, and I must say, it went over phenomenally. There was some fantastic brews from some local breweries that I’ve been meaning to try, and I finally got to put my lips on. I also discovered what is now my new favorite beef sticks.
So needless to say, I was quite the happy fellow. Here’s a few pics of what went on.

Not only was there beer and food as far as the eye can see, they also had live music from Cheech, a cornhole tournament, hammerschlagen, and the folks from the Driftless Axe were there with some axe throwing. I even gave it a shot myself for the first time.

Cory from The Driftless Axe gave me a couple pointers that proved to be pretty valuable. Out of 5 axes, I scored a bullseye, and hit 2 within the next circle out. Two of them fell to the ground, but I’d say that’s a solid first try for someone whose never thrown an axe before. We’ll chalk it up to beginners luck, but I may have found myself a new hobby. We’ll have more on that later.

Did you enjoy Froth Bite Beer & Bites Fest as much as I did?
I can tell you that they’re already planning on doing this again next year. So I wouldn’t doubt them going even bigger!
Hope to see you all then. 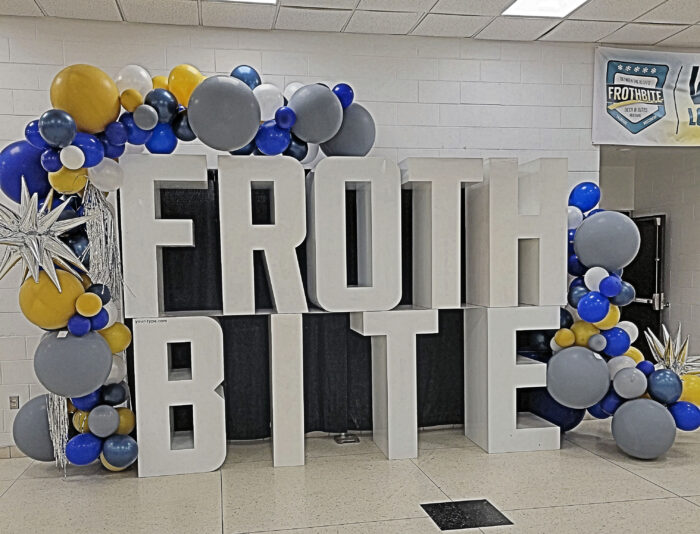