Obviously, I’m not the most athletic guy.

All it takes is one look at me to know that I’m not hitting the treadmill or “crushing” workout goals.

I might crush the occasional beer can, but that’s about it.

But, apparently, many Americans don’t have faith in their ability to do ten push-ups.

That means the majority of Americans, 53%, can’t do more than 10 push-ups. And that’s self-reported, so there are surely people who THINK they can do push-ups, or WANT to think that they can.

I smell a Morning Sickness challenge coming up here….Brian, Jean & Shaw face off in the push-up challenge later this week?

Funny story about a push-up challenge:

Several years ago, I was at a radio conference with several other employees of Midwest Family La Crosse, and Jen O’Brien(yes, that Jen O’Brien), started giving me a hard time about my lack of physical ability. We were all drinking in a hotel room and she legit challenged me to a push-up contest.

She thought she could do more push-ups that I could. So, as I got down & got in my push-up stance, just as I started rattling off a couple of push-ups, she KICKED me and yelled “PUSH-UPS NOW!”

Needless to say, I managed to beat her at this challenge, but I did get kicked for my trouble.

So, if Jen O’Brien ever challenges you to a push-up contest in a hotel room while drinking gin, do NOT accept! 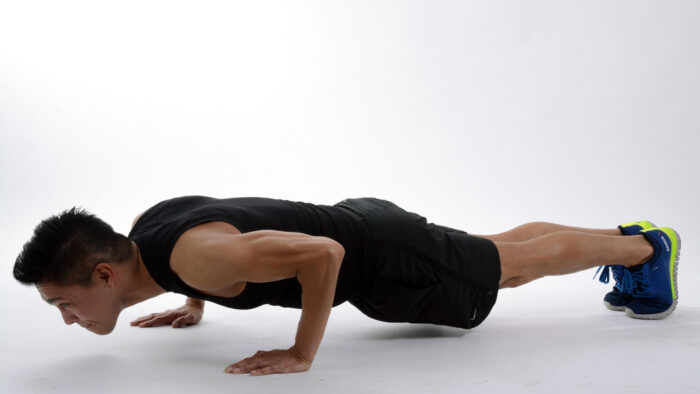