If there’s one thing I love, it’s beer.

And whenever the wife & I go somewhere, one of the first things we look for is local breweries. And lucky for us, there’s a TON of them within an hour of La Crosse.

I’m sure by now, you’ve been to the Pearl St. Brewery, Turtle Stack, Skeleton Crew Brew, & 608 Brewing Co. Not to mention the La Crosse Distilling Co.

But have you been to Tumbled Rock Brewery in Baraboo? We’ve been there a few times and it’s a really cool space just outside of the WI Dells. They have a GREAT outdoor patio area, a bunch of decent beers on tap, and a full cocktail program to go along with a really unique food menu.

Also in the ‘Boo is the AL. Ringling Brewery & Mansion. When we went, they’d just opened and only had a few beers on tap, but they’ve since expanded their tap list & also offer food & live music on a regular basis. From what I’ve been told, there’s also a secret room somewhere in the bar!

And if you’re looking for something really unique, check out their haunted tours of the mansion!

Whenever we go to Preston to visit our friends at the Sweet Stop & Sandwich Shoppe, I walk a few doors down & stop by Trout City Brewing.

It’s a cool, little, Mom & Pop diner/cafe that also offers their own beers on tap! The “Stout it Out Loud” is great & you’ll definitely want to take a growler home.

Just up the road in Fountain, MN is Karst Brewing. They have a WIDE variety of beers on tap, including a red, a few IPAs, a kettle sour, a stout, and several other rotating beers.

They regularly have music & food trucks, and are also very dog-friendly on the patio!

Beer. Food. And that patio…the view…the river. It’s spectacular! They have an amazing appetizer menu with phenomenal shrimp & grits, and Scotch eggs!

There’s a BUNCH of other really cool breweries in our area, including PIVO, Island City, & Hillsboro Brewing Company. Plus, Sylvan Brewing in Lanesboro!

Get out, go for a drive/ride, and support some great local breweries that have a LOT more to offer than just beer. Many of them have incredible menus, live music, and good vibes! 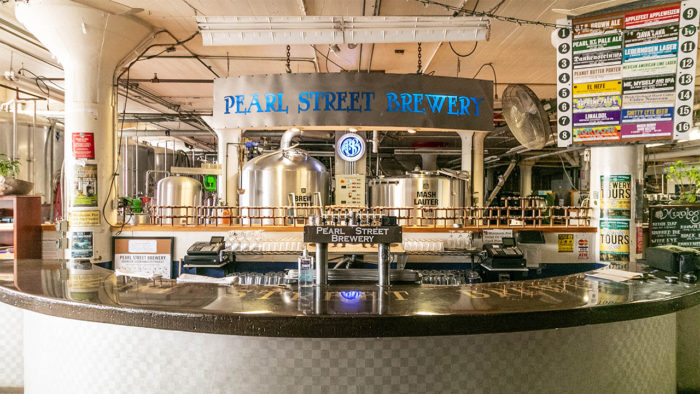