Behold the power of booze!

If you’ve enjoyed the “six feet apart-ness” of the pandemic and hope it continues, you probably want to stay away from bars, barbecues, and any other gathering where booze is being served.

Because when booze is involved, social distancing & personal space become a thing of the past.

Researchers at the University of Illinois recently had people sit in a room together and monitor how far away they stayed from one another when they were sober versus when they got drunk.

And wouldn’t you know it, the alcohol had a NOTICEABLE affect.

People who were only drinking water, more or less stayed the same distance away from each other the whole time. But once the spirits began to flow, they moved about an inch closer every seven/eight minutes!!!!

They conducted the experiment in a lab setting without music or other common things you’d find in a bar like a pool table or dartboard.

One researcher summed it up: “This study shows that over time, alcohol reduces physical distance between people who are not previously acquainted.”

So, if you’re looking to stay away from strangers even as things start returning to normal, might want to also keep away from gatherings that include booze. 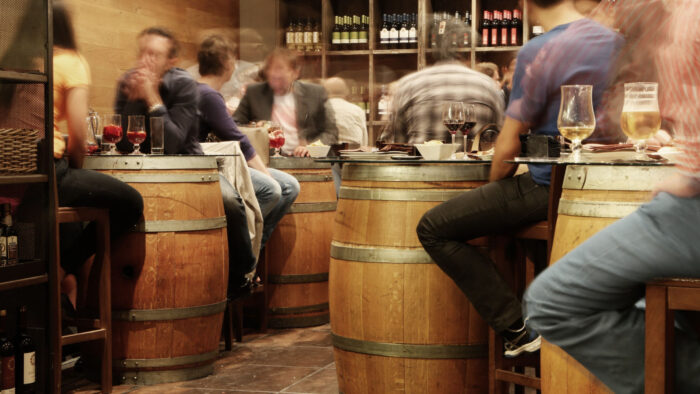