How cold is too cold for shorts?

I think I have three pairs of pants and one pair of jeans and I might wear pants once or twice a year.

Other than that, I’m ALWAYS rocking shorts. When I’m on the Harley. When I’m interviewing rock stars. Even on NYE when I’m poppin’ bottles!

To be perfectly honest, I don’t really know when I started wearing shorts on a daily basis instead of pants, but it was likely in high school.

I have stubby legs. So I have to buy pants that are a 30 in length or shorter. And every time I buy a pair of pants, they never seem to be short enough in the legs and I end up walking on the bottom cuff.

And that drives me absolutely BONKERS!

So, I only wear shorts now to prevent that from happening. Plus, I like being chilly. I keep the temp in my house at 64° during the winter and if I wasn’t married & didn’t have dogs, it’d be even colder.

Occasionally, I will put pants on, but it’s a rarity. And it usually has nothing to do with the weather.

When it snowed about two weekends ago and it was barely above 0° outside, I did put on some sweatpants when I went outside to shovel. But I was right back into my shorts when I got done.

A recent survey asked people to give the lowest temperature they thought was warm enough to wear shorts.

Damn, dude. Why even bother if you’re waiting until it’s friggin’ 70°?

The second most popular answer was between 71° and 80°.

Did they only interview senior citizens for this?

And there’s my people. The 4% who’ll wear shorts outside when it’s below 20°.

Men are more likely to wear shorts in the colder temps, and women hold out until it’s much warmer.

And yes, I’ve seen this meme about a bazillion times. Thank you for thinking about me whenever it pops up in your timeline. 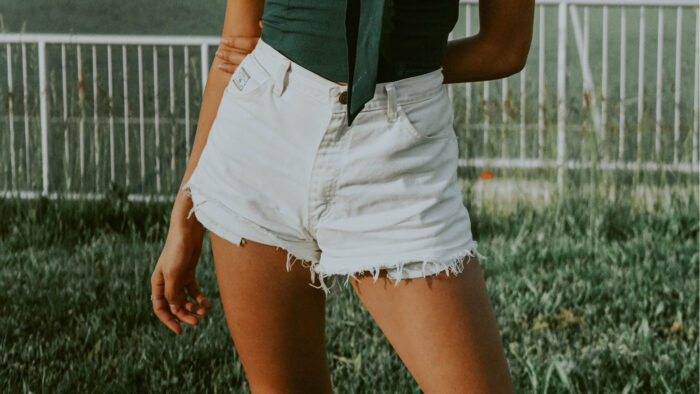