Every year, we go to the dude in between 608 Brewing & the Smokes 4 Less to get a tree.

This year, our tree died a bit quicker than we expected, so it was out on the lawn two days after Christmas.

But apparently, instead of just tossing it out or saving it for a bonfire in the backyard, we could be eating it.

There’s a new cookbook from an “artisan baker & cook” named Julia Georgallis called “How To Eats Your Christmas Tree“.(Only $6.99 for your Kindle!)

There’s dozens of recipes in the book, from a Christmas-cured fish that requires almost a POUND of needles for decoration & flavoring, to Christmas Tree Pickles, where you throw a bunch of needles into a jar with your pickles.

No gin recipes, though.

Julia says she wrote the book so people would get more use out of their trees, rather than chopping down about 30 million a year just to eventually throw them out.

“I don’t know why it’s so weird, because we eat and we forage for so many plants”

I’m going to stick with tossing mine on the curb. 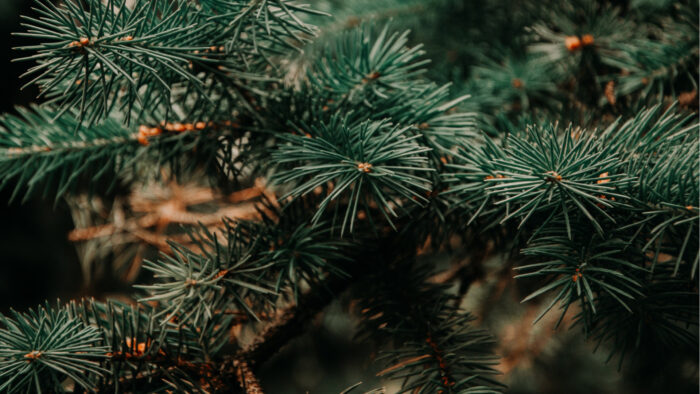