I will admit it…I’ve spent a LOT of time on the couch during the pandemic.

I’ve also gone out to the bars & restaurants…dined in, taken out, had curbside pickup…and then gone back home to enjoy the comfort of my couch & my TV.

But I don’t know if I’ve spent an extra 448 hours on there this year.

I also got out and went for Harley rides, walks with the dogs, we drove to Baraboo & Iowa during our “Stay-cation”…and we definitely spent many nights on the back deck, enjoying the weather and a firepit.

But, according to a new survey, the average American has spent an extra 448 hours on their couch since the ‘Rona got really bad in March.

Now, 448 sounds like a lot, but do the math, and it’s only about 2 hours more per day than previously.

I suppose you could be like Lucas and just take the pillow from the couch wherever you go….

Some other stats about our time on the couch during the ‘Rona: 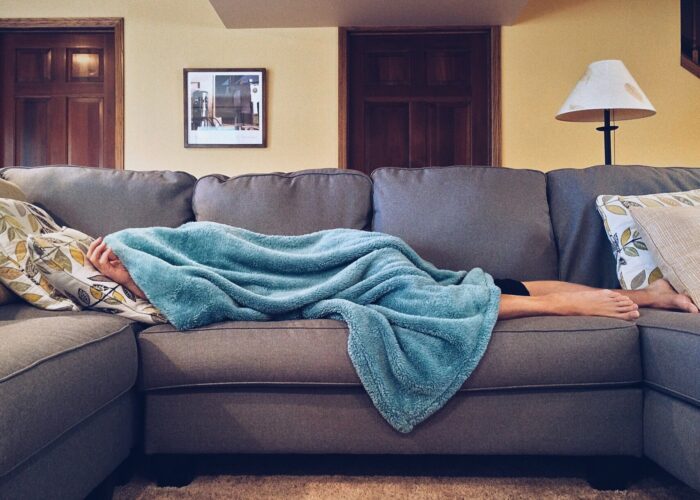