Puck Hates Red Cups. But before you tune-out, with an “Old Man Yells at Cloud” moment… know this: He has 2 VERY GOOD reasons to hate red cups.

We’re sorry that that dumb ass song is now running through your head like a herd of drunk elephants. Reason #2 (and perhaps the more important reason) is waste. Puck hates waste.

Honestly, he still occasionally buys plastic cups. Blue ones. Yellow ones. Green, Brown, or Black ones. Just not Red. Because of that ridiculously stoopid song.

In all defense of Puck, he doesn’t buy them often……… ok I gotta stop this. Some internet smart guy said; “try writing in the third person” – “young people react to that” … who knows? maybe they do, but it just feels weird.

I don’t buy cups, out of respect for the environment, and I HATE WASTE. Now, I’m not a hippie or a tree-hugger, or any other dumb derogatory term that’s bandied about when someone says they care about the environment.

If you identify as either (or would rather be called something else) I’d rather applaud you than pull you down for trying to keep the planet clean and saving the Earth for future generations. THAT? Is AWESOME.

My parents strongly subscribed to the campsite philosophy: Leave your campsite cleaner than when you found it. It’s a real simple principle which has always stuck with me, and that I am passing on to my kids.

There is nothing uncool about conservation, and reducing your footprint, or whatever you choose to call it. NOT doing those things? Littering? Not recycling? Excessive use of products that are known to be terrible for the planet? That is what’s really uncool.

It’s also statistically accurate, that only about 20% of recyclables actually ever get to the proper facility to be recycled. Honestly? I think we can all do better

One more thing, in fairness, and with full disclosure, I have to add: There is a stack of plastic “party” cups in my cupboard right now. I bought them back in June. Most of them are still there. They’re yellow.

Puck and his family grew up outdoors and the preservation of our natural resources are a big part of both his youth, and now his kids’ youth. Check out Puck LIVE (from his daughters bedroom) during the pandemic from 10:00-2:00 weekdays. Listen Here 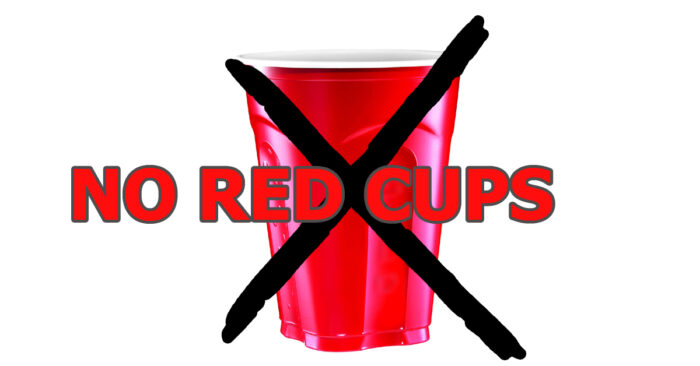