The greatest debut singles of all time.

Rolling Stone just put together a list of the “100 Greatest Debut Singles“.

They didn’t really have any criteria for the list, other than the solo debut by an already well-known aritst doesn’t count, and they didn’t count any artists that had some local or regional success before their really big mainstream debut.

The list starts off REALLY bad with “Achy Breaky Heart” by Billy Ray Cyrus at 100:

There’s plenty of pop and other oddities in the list, and one of my favorite debut songs from a GREAT album by Weezer(hard to believe that’s almost 30 years old!):

And Metallica made the list with “Whiplash” at #58, even though it wasn’t technically their debut single.(That was “Hit the Lights”), but who’s counting?

Ugh. Even Hanson made the list. Gross. Higher than Metallica, at #56:

One of the nice things is that it’s not just a buch of shitty pop songs or terribly deep songs in the top 10. Usually, Rolling Stone tries to be “trendy” or “artsy” with their lists, but having The Ramones, Elvis, Led Zep, Run-D.M.C. and even the Sex Pistols in the top 10 is solid in my opinion. 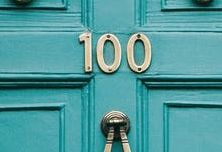