According to a new study there was a great increase in mercury just before the asteroid hit earth. This is due to a volcano erupting around the same time as the asteroid hit. Or at least that’s what they want you to think! Sure sounds like the dinos were murdered in cold blood! Someone, or someTHING, put mercury in their dino-coffees and poisoned the entire population. They then staged an “asteroid hit” to clear away all the evidence. They would have gotten away with it to if it weren’t for those pesky scientists! CURSE YOU DINOSAUR MURDERERS! WE SHALL SEEK OUR VENGEANCE! 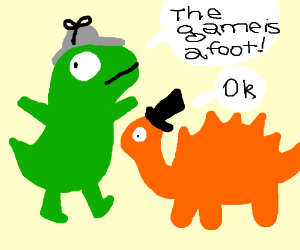