No Moshing? No Problem.

Some people are into moshing. Some aren’t. To be fair, it used to be much bigger in the 90’s, but I suppose many of us got old since then and stopped. Myself included.
But some of the reason it isn’t as big as it once was is because venues all over have progressively put the kibosh on it. Not that I don’t understand, as it’s definitely a safety/insurance risk.

However, one band has found a work-around.
I’m sure most of you are aware of the band, Islander. They came up with they “Roly Poly Pit”.
It’s a pretty simple concept. Everyone lays on the floor, and as the band plays, they roll around. It actually looks like a jammin’ good time. Certainly more my speed as a 40-something rocker.
Check it out below. 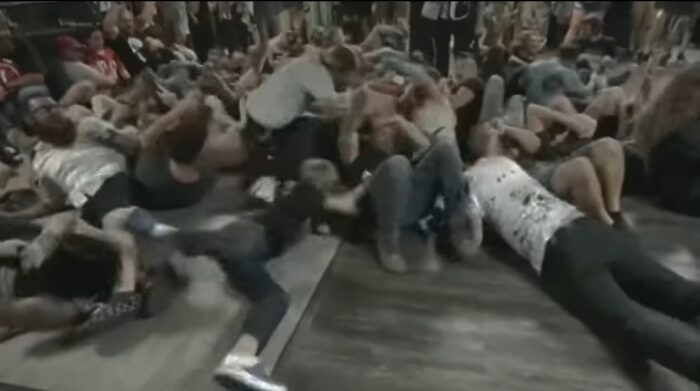