The WWE Product Is Better, and You Can Thank Cody Rhodes For That

Last night at Hell in a Cell, Cody Rhodes showed up with a torn pectoral muscle, and wrestled anyway. Now we can go back and forth about whether or not he should have performed with that sort of injury, there’s no denying that him and Seth Rollins put on one of the greatest Hell in a Cell matches of all time.

Sadly, it appears that because of that injury, he may have to miss some time. This same type of injury once put Triple H on the shelf for 5 months. The longer he’s out, the more dearly it will be costing the WWE product, because it’s been without shadow of doubt that The American Nightmare has been a big part of their success as of late.

It was hinted at heavily, but it still took everyone by surprise when Rhodes showed up at Wrestlemania as Seth Rollins’ mystery opponent. Since then, the WWE product as a whole has been great. So much to the point where there hasn’t been the usual “Wrestlemania Hangover” that usually occurs shortly after the biggest wrestling event in the world.

Now, Cody isn’t to be credited 100%. The whole roster seems to have stepped up their game. Even Madcap Moss and Baron Corbin had a great match last night, in a match that people would usually pick to get up and go to the bathroom and/or get a snack.
But it feels like the appearance of Cody Rhodes, one of the founding fathers of their biggest competitor in AEW, has shown everyone in the wrestling world that anything truly is possible between the ropes.

So here’s to hoping Cody’s injury doesn’t keep him on the shelf for too long. 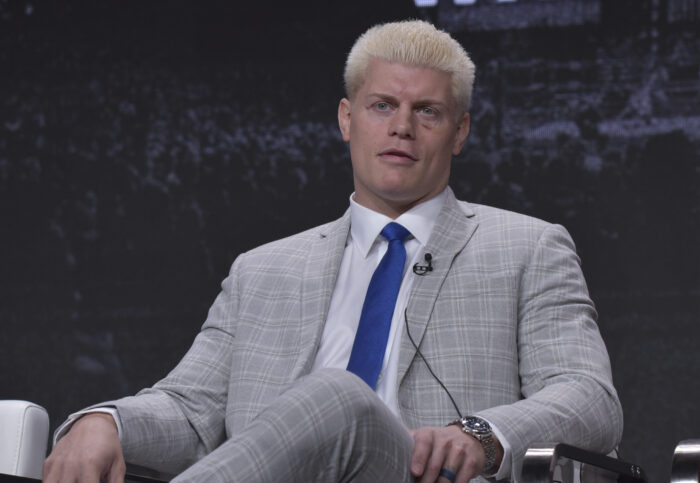