So I finally got a chance to catch the new Batman movie recently and….

Ok, look. It was fine. Not great. Not bad. Just fine.
The story kept me entertained enough, and despite a lot of older people talking smack about how they got the “Twilight Guy” to play Batman, I thought Robert Pattinson did a fine job.

But I’m not here to discuss just this movie. This isn’t a review. This is a plea to please give this comic book character a rest.

The Batman franchise is quite a bit played out by this point. Of all of the superheroes that have been brought to the big screen, I’ve seen Batman the most by far. We’ve seen Bruce Wayne’s parents die so many times, it’s become more of a running gag then an impactful part of his personality. This character needs to be put on the shelf for a bare minimum of 15 years.

The first Batman movie I ever saw was the one from 1966. Obviously I’m too young to have seen it when it originally came out, but I do remember seeing this one as a young kid. It was corny, and cheesy, but that was everything we loved about Adam West’s Batman.

Where things really picked up was in 1989 when Tim Burton gave the character a go. This is one of the high points of Batman’s long career. The legendary Prince handled the music, and Michael Keaton and Jack Nicholson played their roles as Batman and Joker masterfully. This movie couldn’t possibly have gotten better, at least given the special effects of the time.
Michael Keaton returned for the sequel, Batman Returns, alongside Michelle Pfeiffer and Danny DeVito. Again, this one scored huge.

And then Batman goes through a very rapid downward spiral for the remainder of the 90’s.
All I have to say is…… Bat Nipples…..

Then 2005 came, and finally restored Batman to glory. This trio of movies are among the best that Batman had ever seen on the silver screen. Christian Bale played a decent Batman, but a very compelling Bruce Wayne as well. This franchise also gave us probably the best Joker to date with Heath Ledger.

I wish I could say Batman stopped here, because he should have. Nothing since the Christopher Nolan Trilogy has been better than mediocre. It’s because if you’re over the age of 30, it’s likely that by now, you’re completely burnt out on Batman.

There’s so many other superheroes we could be giving time to, many of which have never made it to the big screen. Batman no longer needs to be one of them. Give it a rest already. 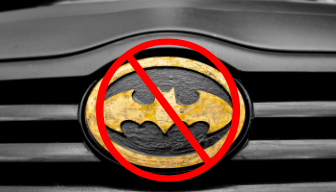