Can We Just End the Kindergarten Argument on Weed?

I wanna preface this article like this:
I am NOT advocating that people partake in the consumption of Marijuana. I can believe that something should be legal, while not attempting to persuade someone to do it, or even partake in it myself. We all agree alcohol should be legal, most of us do it, and yet all of us know at least one person we agree should not drink alcohol. Are we cool?
Then let’s get to it.

Tomorrow you are likely to jump on social media and see countless Marijuana references, as it happens to be a special day for “greenery enthusiasts” *Wink wink, nudge nudge*
Hell, it’s actually already started. I’ve seen this meme about 100 times today.

But while we giggle at stupid pot jokes and reminisce on the days where we too once dated Mary Jane, it’s important to remember that we’re having fun with a substance that is still federally illegal, and still illegal in most states including our own. People are going to jail for this, and it’s completely ridiculous in allegedly the freest nation in the world.

Don’t get me wrong. I’m not saying there shouldn’t be laws about it, but treat it like alcohol. You should have to be a certain age to use it, and you shouldn’t be able to drive with it, etc. We can be reasonable about this. What’s not reasonable is putting people in jail and slapping huge fines on them for something the majority of us have done at some point.

The past 4+ decades have given us countless stoner comedy movies like Cheech and Chong, Friday, Half Baked, Pineapple Express, Harold and Kumar, Dazed and Confused, and an endless list beyond those.
There’s also countless artists that we associate with “the giggle bush”, like Snoop Dogg, Willie Nelson, Grateful Dead, KoRn, Sublime, and yet another endless list beyond them.
We also find out more and more as the years go by that former members of government have done it in the past. I mean, how hypocritical is that?

We’ve been pretty open about The Devil’s Lettuce throughout my adult life, especially in the last 10 years. It’s great that some states have taken the power into their own hands, and those states seem to have some great things going on for them. While I’d like our own state to do the same, even that’s not enough.

It’s time for it to be legalized federally. Again, and this is important, with similar stipulations as alcohol.
It’s simply not fair for us to be putting people behind bars for something we’re all this nonchalant about.
Full stop. 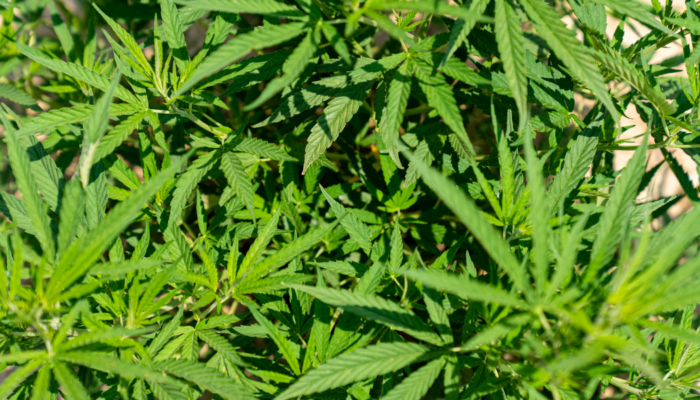