To some, I’m going to sound like just another butthurt Packer fan, just trying to downplay Adams’ ability in order to appease my emotions.
Believe me, I have no emotional attachment in this. I’m just calling it like I see it, and giving a dose of reality to fans that are upset that he’s gone, and haters who think the Packers have been dealt a big blow by this deal.

Is Adams good? Of course. Only a fool would say he wasn’t. He had 1553 yards and 11 TD’s last season, which puts him at 2nd in the league amongst receivers. His efforts will obviously be missed. So why would I say he’s not THAT good when he was the 2nd best receiver in the entire league?

Because of the guy throwing to him.

Say what you want about Rodgers, but he has a knack of making good receivers look like great receivers. This is now at least the 3rd time in his career that he’s lost a key receiver.
Fans cried.
Haters rejoiced.
Yet we moved on unscathed, while the receiver in question went on to do…… nothing.

Remember Jordy Nelson? How about Randall Cobb? Those guys were his number 1 targets too. Both league leaders. Both left to go somewhere else.
Remember what they did when they left? Yeah, me either.

Now, this isn’t a knock on Jordy, Randall, or Davante. I love them all, and thank them for all of the good football they’ve shown me in my life, and all of the success they helped bring to the organization.
But their abilities have been overestimated because of the person throwing to them. Give them a lesser QB, and you won’t hear them make as much noise.

I wish Davante the best. My cousin who is a Raiders fan sure is happy.
But me? I’ve seen this story already. 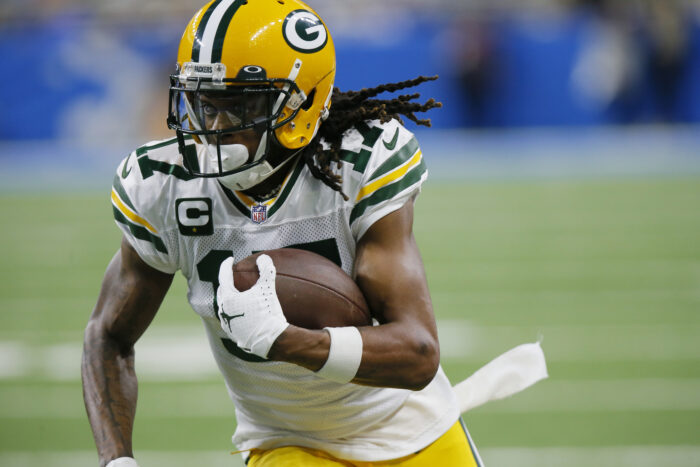