Recently, Dwayne “The Rock” Johnson revealed who he feels is his Mount Rushmore of Professional Wrestling. He went with Hogan, Flair, Stone Cold, and a 4 way tie between Pat Patterson Jackie Fargo, and The Undertaker. Hard to disagree with The Great One there.

But I love this question because it’s fun to answer, and we all have our own feelings on the subject. Best part is, there really isn’t a right or wrong answer here. Who you feel belongs on it is very much a generational thing, and answering it can sometimes show your age a bit. With that in mind, here is my Mount Rushmore of Wrestling.

To be fair, Hogan is probably on most people’s list. Love him or hate him, there’s no denying he had probably the biggest impact on professional wrestling. Part of so many absolutely iconic moments. The two everyone keeps coming back to is when he body slammed Andre the Giant, and his epic heel turn moment when he formed the n.W.o with Hall and Nash. There’s no denying this man deserves a spot on this list.

Of course, there would be no Hulk Hogan to speak of without Andre the Giant. As mentioned above, one of the Hulkster’s biggest moments was when he slammed this gargantuan man. But the reason that moment was so huge was because it’s looked at as a symbol of passing the torch. Because before Hogan was “the immortal”, this man was out paving the way for what a professional wrestler would become. He’s the blueprint. He had a look, he had charisma, he was famous outside of the ring with spots on TV and in movies. These are regular things now for the top superstars, but Andre was the first to transcend the squared circle.

When you hear the breakin’ glass, it’s time to whoop some ass. Stone Cold earns a spot on my list for being the ultimate face of “The Attitude Era”. Despite sharing the spotlight with one of the best rosters in professional wrestling history; like The Rock, Mick Foley, The Undertaker, Triple H, Kane, DX, and so on, he still stands out as the face of that entire generation of wrestling. We like to talk about huge fan “pops”, like when Edge returned to the Royal Rumble in 2020, or when John Cena returned in 2008. But for Austin, that was every time his music hit. Unless you were a part of it, you can’t imagine how it felt. I’m so glad I experienced it live. An absolute legend.

Of all of the superstars on this list, he’s without doubt the most technically sound. Probably the greatest in-ring performer in wrestling history. But he wasn’t all technical skill. He had the look, he had the mic skills, he had the love of the fans. He had it all. The best there is, the best there was, and the best there ever will be, is a moniker that still very much fits.
He probably would have been even bigger had Vince McMahon not been bias against him for his size. Funny thing is, most superstars are his size in today’s world. Gone are the days where every top star has to be a hulking behemoth. He’s also part of one of the biggest moments in wrestling history, the Montreal Screwjob. Not only was this a pivotal moment in wrestling history, it helped kickstart yet another pivotal moment. The birth of the Attitude Era.
The very real heat Vince got for screwing over Brett made him the perfect villain ripe to be on the receiving end of countless Stone Cold Stunners. That’s right, without Brett and the Montreal Screwjob, we may not have gotten Austin and the Attitude Era. 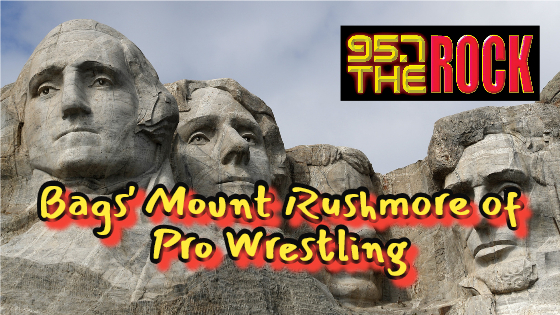