As 95.7 The Rock’s gaming nerd, I get asked a lot of questions about the next gen consoles. The truth is, I don’t have one, and it may be a while before I do as I’m waiting out the storm for the moment. If you’re one of the people that MUST have one right now or for the holiday season, there are some helpful tips on how to accomplish this here.

For this blog, I’m going through the pros and cons revolving around whether you should get one now, or be like me and play the waiting game. There really isn’t a right answer, as it’s mostly up to personal preference, and the advantages and disadvantages are evenly matched and will depend on what each individual deems important.

The pros to getting a console now are obvious. “Now” is almost always better than later. You want it in your hands, off in your own world of gaming ASAP. I haven’t heard much negative feedback for either PS5 or Xbox Series X in the early goings, indicating that what few systems are out there, are at least made properly with few flaws. Other advantages include the amount of free games you can be loading up on at the moment. I’m not an Xbox kinda guy, so I don’t know what their situation for this is like, but as a Playstation guy, there are several games I’ve seen out for free that I have missed out on. Playstation Plus subscribers get free games every month, 1 for PS5 and 2 for PS4. They are free to keep forever and ever (as long as your PS Plus subscription is still active). I’ve noticed several really good games hit the freebies list that I have since missed out on. Will they be back as more people get new consoles? Perhaps. But if I had gotten a PS5 before summer, I could have a catalog of games 5 deep without spending a single red cent, and it’ll likely be at least 4 more months before I get one in my hands. So that’ll be about 9 games I’d have missed out on in total if I had gotten one over the summer like I had originally planned.

As for the cons, the biggest of them out there is time. It is a lot of work attempting to score either system right now. Both consoles have some systems set up to help people score consoles in time for the holidays, but the fact of the matter is that holiday shopping for something like this is always a huge hassle, because they are going to get absolutely bum rushed by people trying to get one to put under their tree this year. Where hard work isn’t involved, luck surely is. So you may be putting hours into tracking restocking pages all to come up empty handed. For younger gamers with more time on their hands, this may not be a problem. But if you’re an older gamer like me, you may not have that sort of time to dedicate to a project while juggling your career, housework, and kids. So the waiting game may be better for you.

“And Now I Play The Waiting Game”

The only real con to waiting is a gimme. Your friends will, one by one, get new consoles, potentially leaving you in the dust. You’ll see them on social media relishing their long wanted prize, while you sit on the sidelines left wanting. But other than missing out on a few free games, that’s about it.

Most newer games coming out now are coming with free upgradability, allowing you to buy it for your current system, and upgrade it to your next-gen system when you get one without an additional charge. There are also numerous, game specific special edition consoles on the way, so you’ll have different designs to choose from. Most importantly the wait shouldn’t be that much longer (fingers crossed). Most sources predict both consoles will be readily available by the end of next summer. So even if you don’t wait until they’re readily available to everyone, the longer you wait, the easier it’ll be to attain one. Needless to say, the next few months will be hell. But the rush should cool off by this Spring.

So there you have it. Take the information I’ve given you for what you will. How long you decide to wait and how hard you decide to try is all up to how important you view having a new system. If you want one by Christmas, good luck. It’s going to be a tough haul, but it may be worth it to you if you can endure it. But there’s no real penalty to waiting either. Which is where I’m at.
So how about you? Are you trying now or later? If now, care to share tips? I’d love to hear from you. 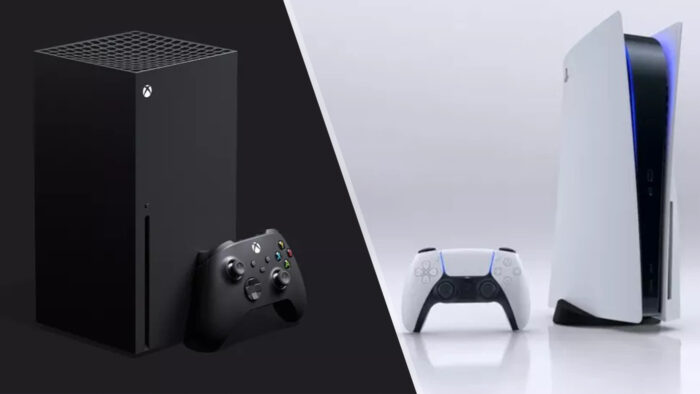