For me, it’s one of two things.

I used to live close to campus, and after being downtown, I’d walk home and pass Little Caeser’s, so of course I’d grab a $5 Hot & Ready.

I’d get back to my apartment, have another beer & chow about 3/4 of that bad boy before crashing. Then, there’d be a couple of congealed slices left in the morning.

But now that we live on the far south side of town, we’re closer to the McDonald’s on Ward Ave, so that’s our usual go-to for drunk food.

But every once in awhile, a double quarter pounder just isn’t what I’m craving. So we snag some soft shells & a quesadilla or two. Maybe a chalupa.

All I know is that I never eat all the food I order anymore.

I love me some Taco John’s potato ole’s, but for some reason, their tacos wreak havoc on my guts.

Using Google search trends on the biggest drinking days of the year(the day before Thanksgiving, New Year’s Eve, Super Bowl Sunday, etc), someone determined that McDonald’s is the most popular drunk fast food in America.

Taco Bell is only number one in ONE state, Wyoming.

In-N-Out Burger was #1 in California, Whataburger was tops in Texas, and Denny’s(again, NOT fast food) was #1 in Alaska. 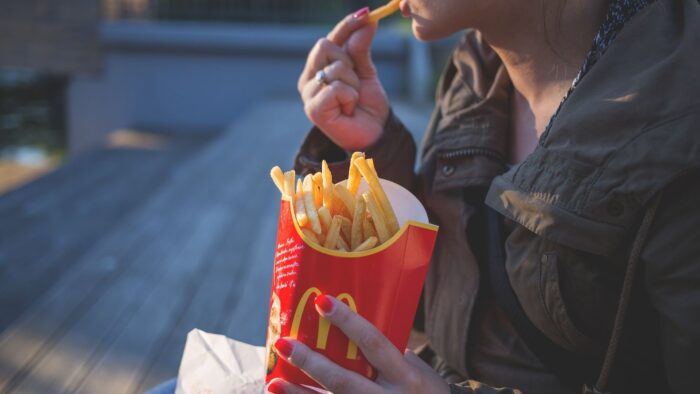