The most hated bands of all time, according to #science

As shocking as it might be, not everyone likes Slayer.

I know…I don’t understand how anybody could hear “Skeletons of Society” and think to themselves, “this sucks”.

But, I’m sure there’s plenty of people who actually enjoy & spend money on the music of Florida Georgia Line. I’d rather listen to a baby crying for an hour straight than listen to any of their “music”.

And that’s not to say I don’t like country. You give me some Johnny Cash or Willie Nelson, and I”m on board.

So, if I were to start a list of the most hated bands of all time, Florida Georgia Line would definitely be on there, probably somewhere in the top five.

But my list would be based on my personal preferences, unlike this list which is apparently based on #science.

I can agree with that. The Mumfords are one of those bands where you recognize their unique sound, you KNOW you’ve heard their shit before, but you have NO clue what the names of any of their songs are.

Number four on the list of the most hated bands of all time is U2.

I wouldn’t have them in my top ten, mostly because I don’t care one way or the other when it comes to U2. I get why people can’t stand them, though. Especially when you force people with iTunes to have your shitty album.

They do have some jams, however. Mostly from the “Joshua Tree” album.

The third most hated band according to this list is Creed.

Jesus rock in the late 90’s and early 2000’s. They made a shit-ton of money, played a buttload of shows and sold a bazillion cds, but it’s easy to see why they’re hated.

Between his goofy voice and all the religious stuff in their music, how could any Slayer fan enjoy this garbage?

However……without Creed, there’d be no Creed Shreds. And that is a true gift from God. These videos have provided me with countless hours of entertainment.

The two most hated bands on the list are rather obvious, especially if you’ve worked on an active rock station for any amount of time over the last 25 years.

Number two is Limp Bizkit. And I think Fred Durst fully embraces that title. For awhile, I think being hated not only fueled their rise in popularity, but it also helped make them a strange sorta anti-hero in the rock world.

And say what you want about them, but you know their hits, and when they played Rock Fest several summers ago, people rocked the eff out.

Plus, “Three Dollar Bill, Y’all” was a badass disc. Fight me.

And of course, to absolutely NO surprise to anyone, the most hated band of all time is Nickelback.

I wouldn’t say I’m a fan of Nickelback. I like a few of their songs. I don’t own any of their albums. But I definitely don’t get the hatred.

Is it because they’re Canadian? Is it Chad Kroeger’s hair? The soul patches on their faces? Is it simply that one song? The one you couldn’t go ANYWHERE in 2005/2006 without hearing?

You know the song.

Ugh. Sends shivers up my spine to think that Chad has a “criminal record”. Oooh….so tough.

Honestly, the hatred for this band feels like mob mentality. Some people cannot vocalize any actual reason why they hate the band, they just say things like “they suck”. People hear other people saying they hate Nickelback, so they just join in the chorus.

Again, I’m no fan of the band, but I do laugh at the inability of some to pinpoint WHY they hate them.

They did create a hell of a jam with “Leader of Men”, tho.

There’s 16 other bands on the list of the “Most Hated Bands of All Time“, and many of them deservedly belong on the list, but some of them are real head-scratchers. 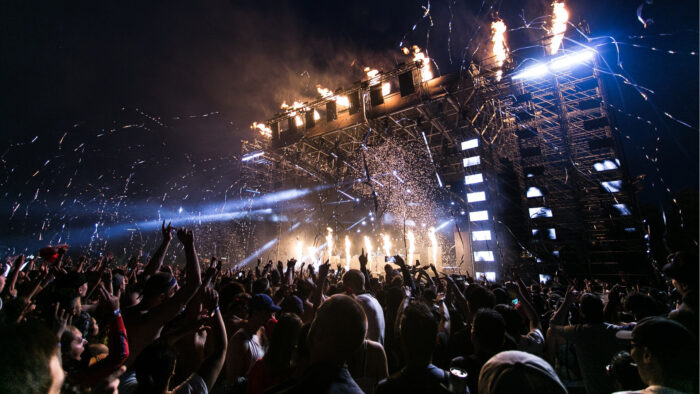