Big Wave is a Golden Ale that brings Big Taste. It’s was a great find, since I was stuck in the middle of nowhere in Northern Wisconsin, where Craft Beer can be sparse.

This is a great summer beer. I know. Summer is over… but it’s going to be 83 tomorrow, so I’ll be pounding down a few Konas. Sue me.

I took a break from the daughter’s bedroom and headed to the studio to have a few with Decker. Listen:

OK, we might not have talked about the beer that much… but… well, whatever. Kona Big Wave is a very well balanced golden. It delivers a BIG hop aroma, but is not overly hoppy or bitter. In fact, the opposite is true. It’s smooth, clean, a bit sweet, and is exactly how an ale should taste. It’s reminiscent of the days before you drank craft beer. Think of the mass produced beers you grew up on, but it tastes WAAAAY better.

Two years ago, I did the Longboard taste test. More on that in a bit. OK. Kona has 3 breweries. One in Hawaii, One in Portland, and one in Fort Collins. The cost to make and ship their beer from Hawaii to the mainland was insanely expensive and just plain impossible. That’s why they now contract brew in Oregon and Colorado

Back to the taste test; I was able to get a sixer of Kona’s Longboard from Fort Collins, and one from Portland. Four of us sat down and blindly sampled the beers from both breweries. We couldn’t tell the difference.

One would think that since the water probably tastes different in each state that the beers would taste different. We did not notice any difference in taste at all. I would say that shows the true craftsmanship of the brewmasters for being able to faithfully re-produce the recipe.

I’ve never had the original. I’ve never been to Hawaii. But if YOU go to the original brewery, give it a try and let me know. Or Bring me back a bottle. Better yet? Bring me along.

Pints with Puck runs LIVE every Thursday at 12:30ish. Puck has been has been a beer fan since he turned 21… yeah. 21. Got it. He’s not an expert. He’s not a snob. He just likes beer. And he’s more than happy to recommend a good one. Check out Puck LIVE (from his daughters bedroom) during the pandemic from 10:00-2:00 weekdays. Listen Here 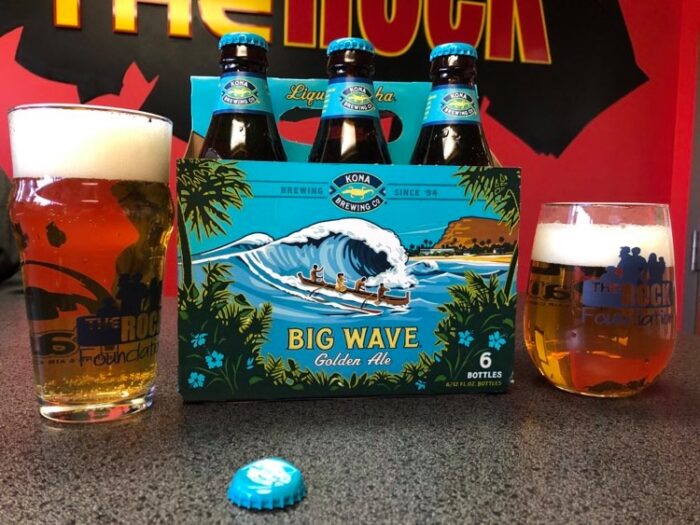