Slayer‘s first ever live album “Live Undead” came out WAAAAY back in 1984 and was recorded at a studio in NY with about a dozen people in the room.

But still, the album is great and features “Die By The Sword”, “The Antichrist”, “Show No Mercy” and more.

The other really cool thing about the album was the cover art. It features zombi-fied versions of Tom Araya, Jeff Hanneman & Kerry King in a graveyard and now, toy manufacturer Super7 is releasing a box set featuring them as action figures! (No Dave Lombardo, however)

Be still my collector heart!

Not only do you get the three figures, but you’ll also get the bleeding headstone to complete the ambiance!

Super7 has done figures for Iron Maiden, Megadeth & Anthrax before, and this Slayer set will be available for pre-order on the Super7 website this week.

No official word on the cost of the box set. 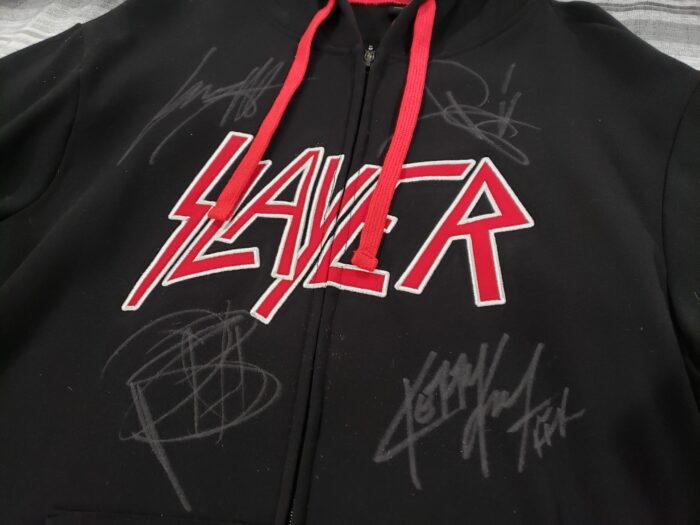