Music for my soul.

The last few weeks have been insane.

Like many of you, I’m stressed out, I have trouble sleeping, I’m struggling with alcohol dependency, and I’ve been going through my old CD booklet to listen to some of my discs in the morning while I prep our show.

Here’s a selection of what I was listening to this week:

On Monday, I started with ‘G. Love & Special Sauce’, the debut album from G. Love. Front to back, this is a great record. My favorite track is “Cold Beverage”, though…it’s just a fun song that makes me kinda thirsty!

On Tuesday, after watching some of the videos of this past Saturday’s “Jump Around” challenge here in WI, I felt the need to revisit House Of Pain‘s second album, ‘Same As It Ever Was’. The big hit on the CD was “Who’s the Man” from the movie featuring Ed Lover & Dr. Dre(not that one, the other one). My buddy Donut & I used to watch that movie ALL the time. But my favorite from the disc is the opening track, ‘Back from the Dead’.

Wednesday morning I was listening to some old-school Bosstones. Long before their commercial success with ‘Let’s Face It’ in the late 90’s, the Bosstones were tearing up clubs in the Boston area, and I saw them NUMEROUS times. They released an EP in the early 90’s featuring covers of ‘Sweet Emotion’, ‘Enter Sandman’, and ‘Ain’t Talkin’ bout Love’…but the best song on the disc was ‘Where Did You Go’.

Wednesday afternoon, I was looking for something to watch, and I decided to rewatch “Judgement Night” for the 1,000th time….not the best movie, but it’s got a good cast, including Everlast from House of Pain, and the incredible Denis Leary. But the real gem is the soundtrack…featuring some AMAZING collaborations…but my favorite from the soundtrack has to be Faith No More & Boo-Ya T.R.I.B.E. doing ‘Another Body Murdered’:

Today, it’s one of the few bands that I never got to see live & I curse myself for missing them. Type O Negative. They have soooooo many great songs, but for my money, you can’t beat ‘We Hate Everyone’:

What have you been listening to???? 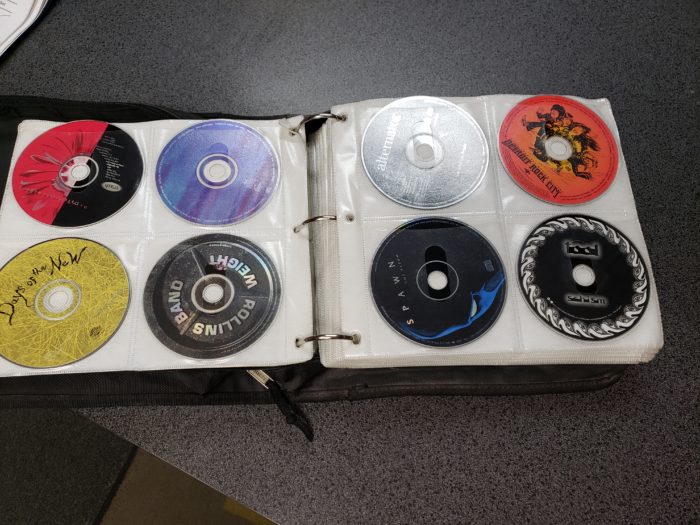