My One Problem With The Book of Boba Fett Finale

When it was first announced after the season 2 finale of The Mandalorian, I was immediately excited for The Book of Boba Fett. He was one of my favorite characters of the original trilogy, and finding out he indeed survived the Sarlacc pit in Return of the Jedi was one of the higher points of the already amazing franchise. Then to find out he was getting his own series made my inner child explode.

All in all, The Book of Boba Fett was great. I’m not sure it lived up to all of the hype, but I was certainly pleased with it, even despite there being 2 consecutive episodes of “The Mandalorian Lite”. But hey, this series is a Mandalorian spin-off. So I can excuse that. It’s not like those episodes weren’t great.

The finale, however, definitely lived up to everything I was hoping for from the series. It may have been a slow build leading up to it, but the payoff was deliciously worth it.
But as awesome as the finale was, I do have one small problem with it.

If you don’t want spoilers, turn away now and come back later.

Ok, if you’re still here, this is your own fault for spoilers.

Cad Bane is someone fans of The Clone Wars are very familiar with. His introduction in live action form was met with a lot of positive reviews. He certainly has a history with the Fett’s, and definitely belonged in this series as one of the show’s major “big bad’s”.
But having Boba kill him off after only a couple of episodes felt so unceremonious. I feel like this character should have continued to be a thorn in the side of both Boba Fett and Mando. The fight scene was AWESOME. Take nothing away from that. But his death just sorta fell flat with me.

Now, this is Star Wars. No deaths are guaranteed. I mean, Boba Fett is someone many of us wrote off as dead a long time ago, and here he is with his own series post-RotJ. And quite frankly, his death wasn’t very brutal and guaranteed. People in the franchise have survived much worse.
So who knows.

If his death sticks, that’s a pity. If he somehow gets past it and continues in either The Book of Boba Fett, The Mandalorian, or both, that’d be awesome.

So here’s to hoping his death was just a swerve. 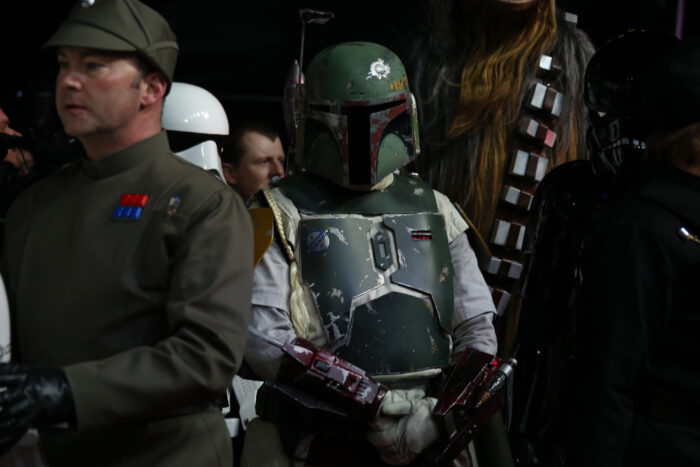