I’ve had all sorts of roommates in my life. My first roommate was a kid named Adam.

He and I, along with his two cats, moved into a four-bedroom apartment when we were both 18 & fresh out of high school. We had almost no furniture, so we actually stayed in the same room.

I remember the fridge was always stocked with Bud Dry, and we NEVER cooked any food. We used to try & squirt ketchup & mustard on each other when we were showering.

Looking back, it was an absolute blast, and we were only paying $400/month!

I had a roommate that bought a safe to lock up his cans of Chef Boyardee because he thought I was eating his raviolis and Spaghettio’s.

But the weirdest thing I’ve ever caught my roommate doing wasn’t all that weird, but certainly embarrassing.

I was out with my girlfriend at the time, and when we got back to my apartment, I saw that the light in his room was on, so I went around the corner with my girlfriend to see if he was up, watching a movie or playing video games.

Laying on the bed with the lights on and door wide open. Obviously, it was a bit shocking and after being embarrassed for a few weeks, it became a very funny story to share at parties.

If you’ve ever lived with someone, you know they’ve got some quirks that are probably going to drive you nuts.

A recent thread on Reddit asked people to name the weirdest thing they’ve caught a roommate doing, and some of the answers are rather interesting. 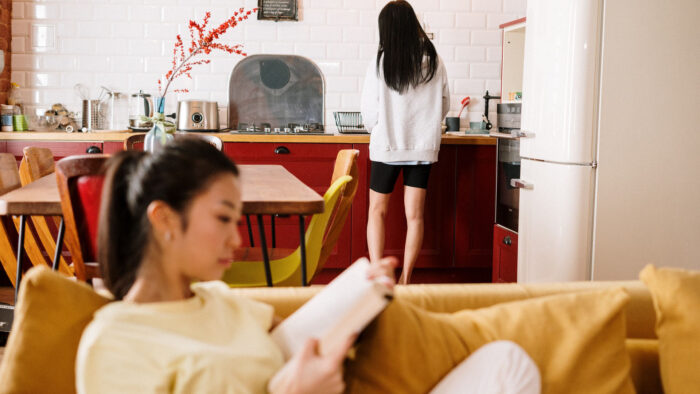